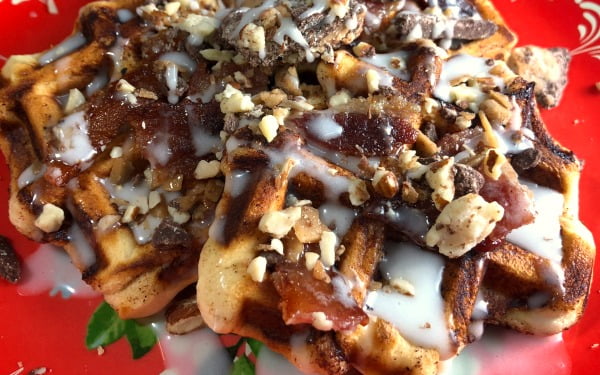 Whether you’re celebrating National Waffle Day or just need something fun and decadent for a special breakfast treat, these Cinnamon Roll Waffles are your ticket.

And, you don’t need a super fancy waffle iron, either – I think mine came from a garage sale and it’s super basic, but it works great since I don’t make waffles that often. Your family and friends are going to love this quick and easy breakfast recipe! 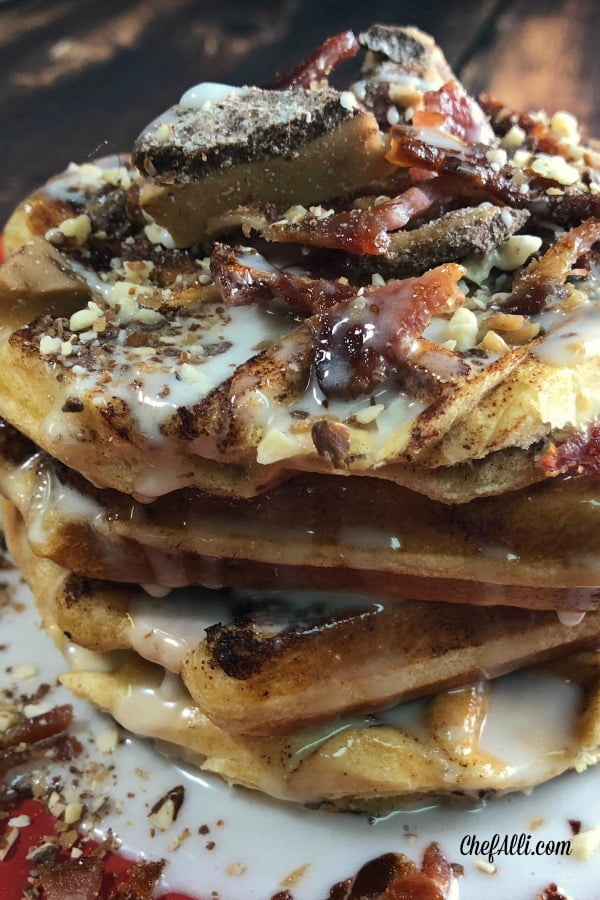 Simply pop open a can of refrigerated cinnamon rolls, “smush” them out a bit with your fingers, then slap those babies your waffle maker.  Within minutes, you’ll be enjoying waffles that you can top with icing, crumbled bacon, and chopped toffee – super decadent.

Are you in need of something a little bit snazzy for an upcoming weekend breakfast or brunch?  When I made these Cinnamon Roll Waffles for a holiday girls brunch, my friends just went crazy.  Their eyes nearly glazed over when they saw me sprinkling their waffles with bacon and toffee – it was so much fun to make them feel special.  I also served up these Black Forest Ham and Egg Cups because they are an all-kinds-of-wonderful breakfast treat, too.  (And they look like you’ve worked all day when in reality they take minutes!) If you have an Instant Pot, you might really enjoy making Homemade Yogurt for your friends, too….it’s soooooo easy.

What to love about cinnamon roll waffles 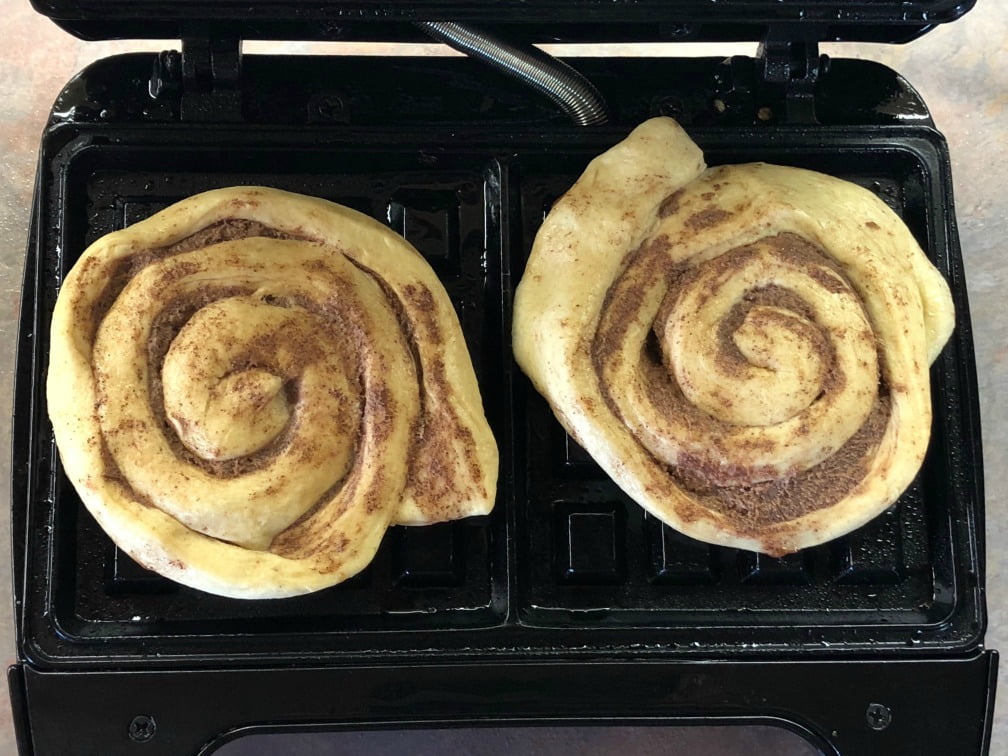 What if I need more icing? 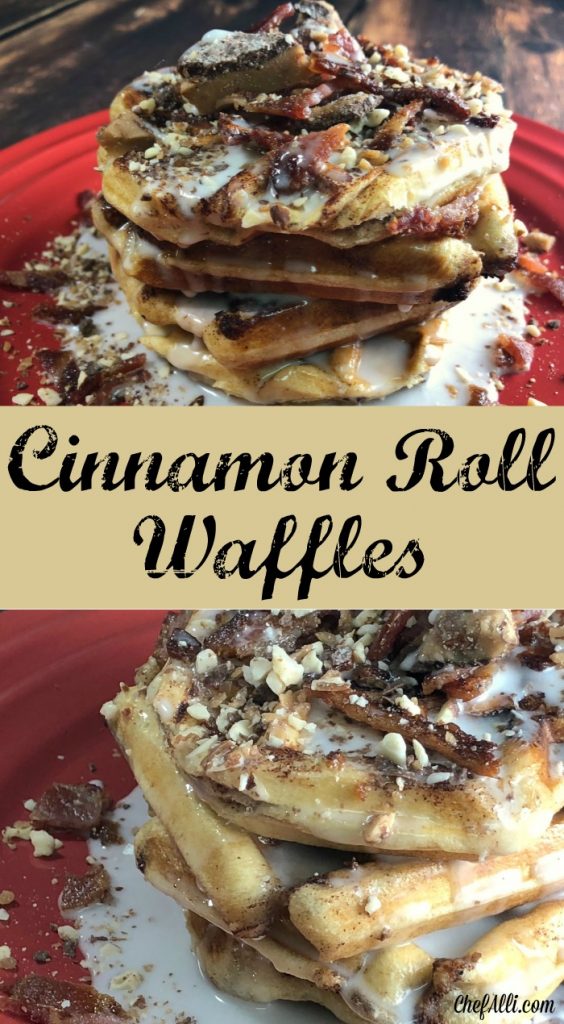 Waffles that taste like cinnamon rolls?  Uh....yes, please!  And to make these Glazed Cinnamon Roll Waffles even MORE decadent, they are topped with crispy bacon and a bit of toffee.....just perfect for any weekend breakfast or even a holiday brunch.
Print Pin Rate
Prep Time: 10 minutes
Cook Time: 3 minutes
Total Time: 13 minutes
Servings: 4 servings
Calories: 129kcal

Please Note: We do use referral and affiliate links here for products and services that Chef Alli loves and recommends. If you click on a link and make a purchase, I may receive a small commission at no extra cost to you. 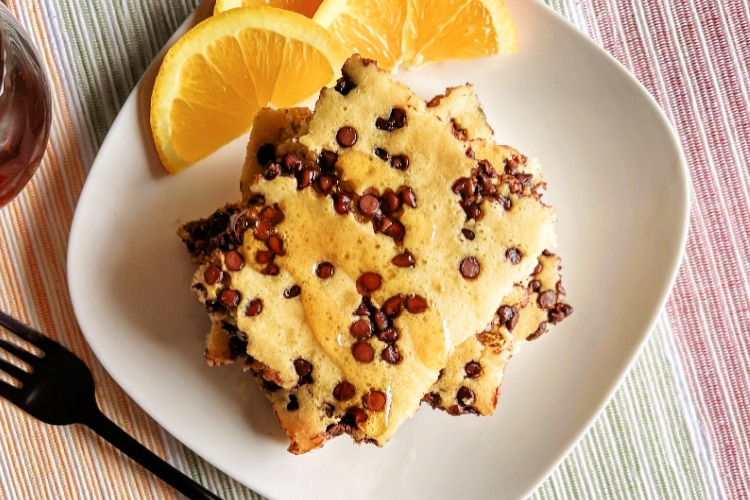 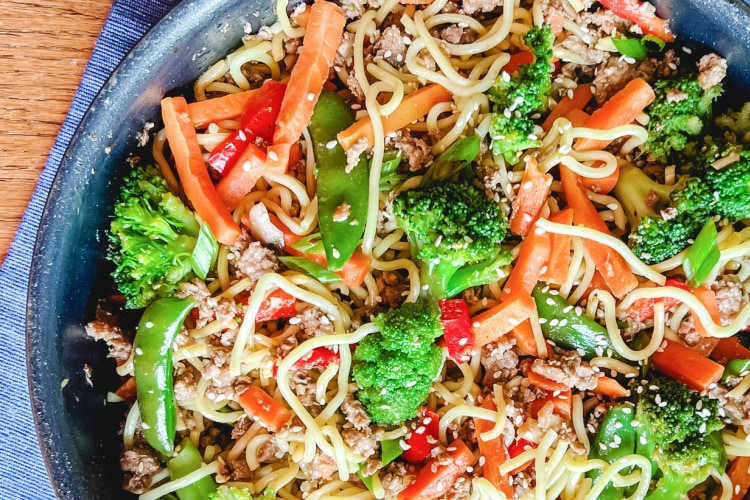 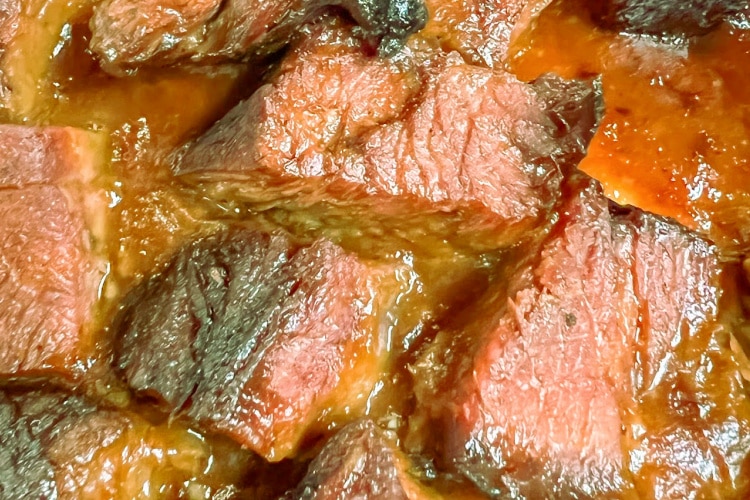